285 million people around the world are visually impaired. Of these, 39 million are blind and 246 million have moderate to severe visual impairment. About 87% of the world’s visually impaired live in developing countries, including Latin America and the Caribbean, Africa, Asia and the Pacific region 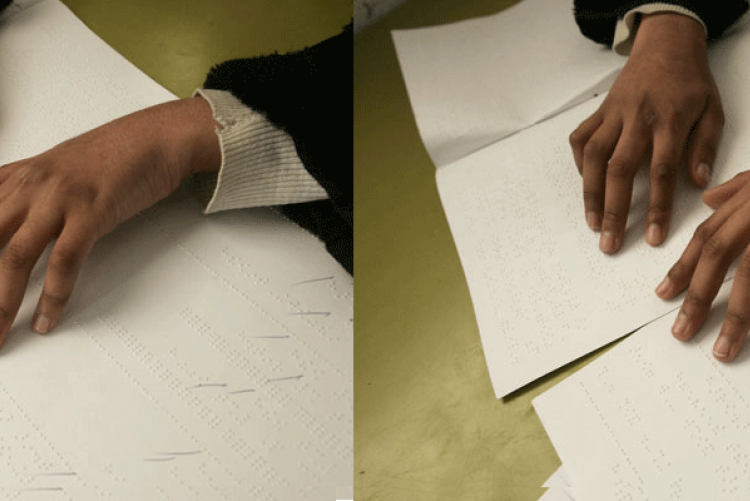 285 million people around the world are visually impaired. Of these, 39 million are blind and 246 million have moderate to severe visual impairment. About 87% of the world’s visually impaired live in developing countries, including Latin America and the Caribbean, Africa, Asia and the Pacific region

285 million people around the world are visually impaired. Of these, 39 million are blind and 246 million have moderate to severe visual impairment. About 87% of the world’s visually impaired live in developing countries, including Latin America and the Caribbean, Africa, Asia and the Pacific region. That’s according to the latest global estimates of visual impairment released by the World Health Organization.

Against this backdrop the World Intellectual Property Organization (WIPO) is considering a proposed treaty that would make copyrighted works more accessible to the blind and persons with visual and other disabilities. The treaty would establish limitations and exceptions to current copyright law for the non-commercial production and distribution of books, not just for the benefit of the blind, but also people with dyslexia, learning or processing difficulties, seniors losing their sight, people with spinal cord injuries, people recovering from strokes, and other physically challenged persons. It would also permit the sharing of electronic and Braille copies of books across national borders

According to the EU Reporter, “Currently, it is estimated that less than 5% of books published are available for the visually impaired and this number is estimated at less than 1% in the developing world.”

Copyright law, including the US Copyright Act Section 121 ‘Chafee Amendment’ and the UK Copyright (Visually Impaired Persons) Act of 2002 does not permit the distribution of Braille books across national borders, except, apparently, on a one-for-one or indirect basis in special circumstances. In order to make Braille versions of copyrighted books available to readers across national borders, organizations dedicated to supporting the blind and visually impaired are often forced to transcribe the same books repeatedly to avoid copyright infringement.

Knowledge Ecology International (KEI), an NGO with offices in Washington, DC and Geneva which is dedicated to helping vulnerable and marginalized groups find knowledge-based solutions to economic and social problems, also cites Copyright restrictions as one of the biggest obstacles to the blind and print disabled gaining access to books.

“Many publishers do not respond timely or at all to licensing requests. Negotiations may introduce complex and sometimes inconsistent obligations on libraries that serve persons who are blind or have other disabilities. And, for older works, it is often difficult to identify and locate right-owners. All of these problems are multiplied when a request involves the export of works across national borders,” says KEI. The cost of converting reading material into more accessible formats is reportedly another factor that hampers efforts by support groups and advocacy organizations to make books more accessible to the blind and print disbled.

To date, most ereaders have features that help the visually impaired enjoy e-books. They include text vocalization functions or features that increase the font size, depending on the device.

However, in the US and Europe publishers have been pushing back against attempts by distributors of electronic readers to enable synthetic text-to-speech capabilities on the devices.

Two acclaimed advocates for the blind and visually impaired – George Kerscher, International Project Manager, DAISY Consortium and Jim Fruchterman, CEO of the Benetech Initiative – in 2002 co-wrote an article entitled, “Soundproof Book: Exploration of Rights Conflict and Access to Commercial EBooks for People with Disabilities” in First Monday, an open-access, peer–reviewed journal on the Internet. In it they describe how soundproofing technologies and digital rights management (DRM) systems are adversely affecting people with visual and other disabilities by making digital works even less accessible than printed books.

“The electronic book should be a boon to people with disabilities. Unfortunately, the nascent eBook industry has often soundproofed its books, preventing access by people with visual and learning disabilities using adaptive technology. Persons using synthetic text-to-speech technology or electronic Braille systems are not allowed access to the underlying text of the ebooks, and thus are cut off from the content,” said Kerscher and Fruchterman.

Microsoft and Adobe, who were the first to incorporate text-to-speech (TTS) in their e-book reading devices, over the years received complaints from publishers worried about infringement of their authors’ audio book rights. They were also concerned about enabling book-content piracy. As a result, a feature was added to the devices which allows the text-to-speech function to be turned off. This means that at the time of publication, a publisher can disable the text-to-speech function for any of its e-books.